Did you receive a card?

If you did, you should know that it was initially given to a person with whom I have had direct contact. It is likely that I had an impressive conversation with them although this is not necessarily the case.

What is true in every case is that I shared with them something I am interested in and have asked them to help me – either directly, or by forwarding the card to someone who might be able to help me attain my stated goal. I have asked that this person be someone they know personally, on a first-name basis (if at all possible).

Did you not receive a card?

By no means did I wish to limit my kind helpers to one single “next person.” Nor did I wish to insist that they make “card connections” only. Telephone communications, email communications, social media connections … These are greatly appreciated as well. If you didn’t get the card, it is quite obvious you have found me nevertheless. You have arrived at a “place” and are using a tool by which you can contact me. If you are holding a hard copy of this, you may contact me at: 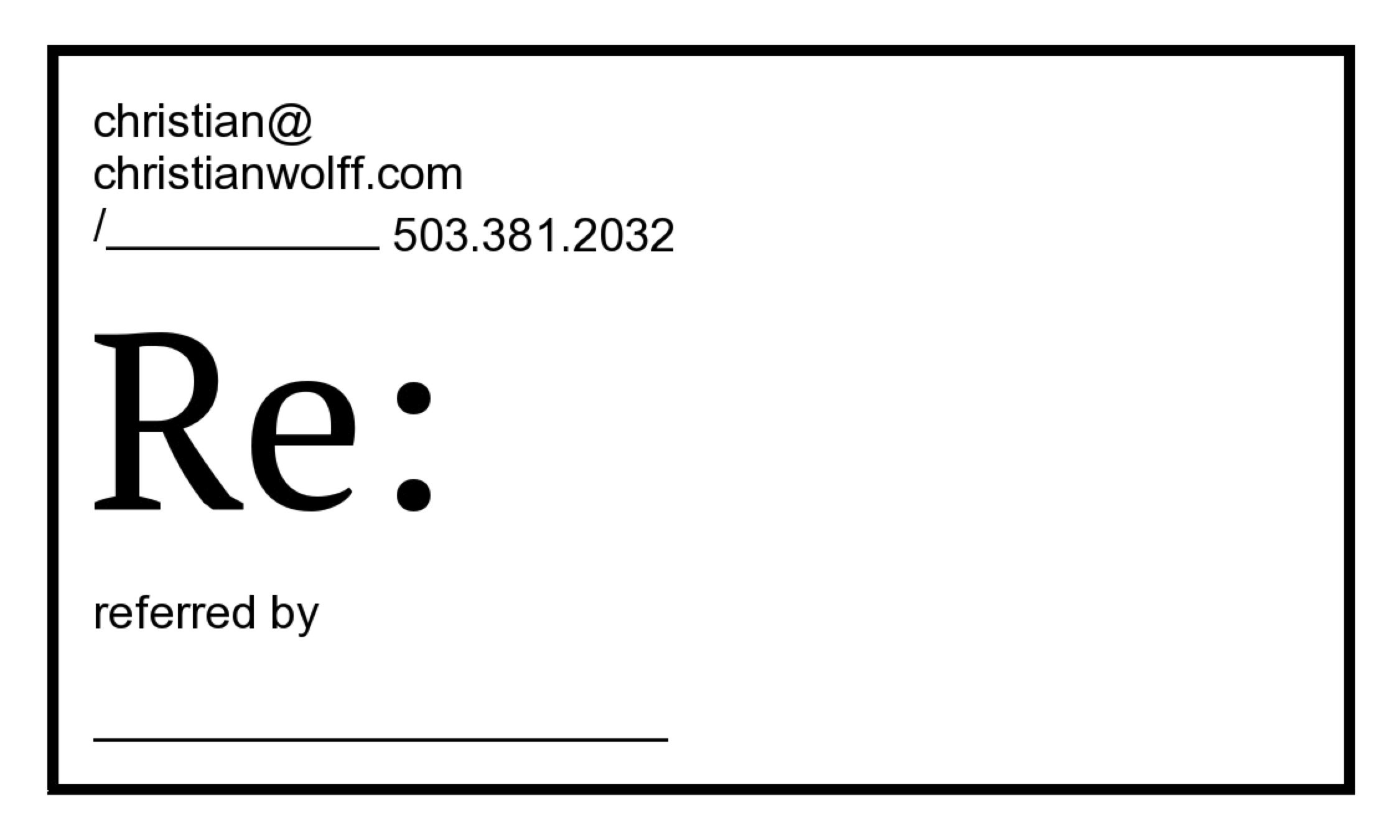 What you should know about Stanley Milgram and “The 6 Degrees of Separation,” or “Small-World Experiments”

Many people are familiar with Stanley Milgram, the Harvard social scientist who did the “Obedience Studies” in the 1960’s. Milgram found that in the presence of a person who presented as an authority, the majority of people would follow the orders of the authority figure even if it seriously harmed another person or was otherwise against their own better judgement.

Stanley Milgram is less known for his contribution to standing views on human connectedness. In the late 1960’s Milgram conducted a series of experiments called the “Small World Experiments,” and though Milgram never referred to his findings as “Six Degrees of Separation,” his findings confirmed the assertions made by city planners and sociologists dating back to the 1920’s. Milgram asked sets of people to send information packet’s through the mail to a targeted person person in Massachusetts. They could send it to that person if they already knew that person on a first name basis. If they did not know the targeted person, they were to send the packet to a person they did know on a first name basis who might in turn, know the target person personally. Of the packets which arrived at the address of the targeted person, Milgram found that it took an average of less than 6 transfers, start to finish, for the packet to arrive at its destination.

This is not lost on anyone who has ever played the game, “The 6 Degrees of Kevin Bacon.” Kevin Bacon is an American actor. It is a game of “who knows who knows who knows who.” The challenge it to see if the player in this game could actually transfer something to the real Kevin Bacon (if they wanted to) through an unbroken chain of six people or fewer who could connect a sender to a receiver. Most people can succeed at this.

The 6 Degrees of Separation Theory of Human connection was confirmed by Columbia University in 2003, by Microsoft in 2006, and in 2011, FaceBook found that the degrees of separation among its 721 active members averaged 4.74.

So if you’ve received my card from someone you know and believe it may be worth your while for us to meet, please contact me directly. If you don’t foresee us working together directly, you may which to facilitate my introduction to someone you personally know so that we may engage in a mutually beneficial endeavor. You may wish to contact me directly in order to screen me before passing on my contact information. You get the idea.

This is networking. This is community building. This is Small World Design. This ia a process by which we get to select our neighbors and teams in support of common values, mutual benefit, and a spirit of reciprocity. If you haven’t received my card but think there may be something mutually beneficial in connecting with me, contact me. I’ve left the card and the website simple. Their sole purpose is getting us to a talking point.